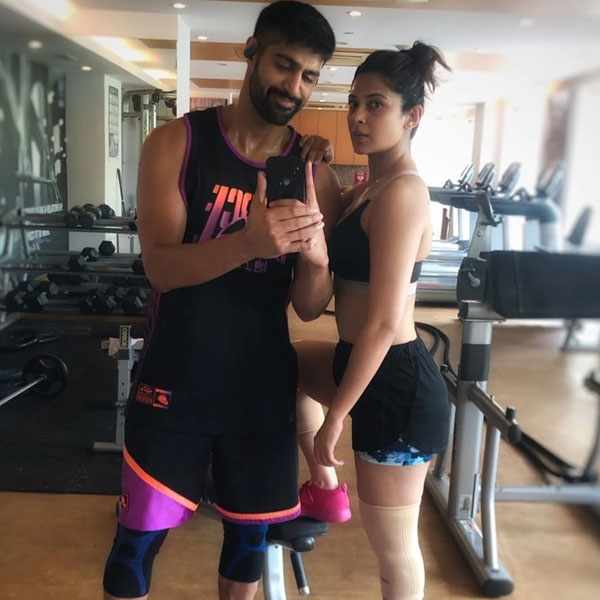 Famous actress Jennifer Winget has been making a lot of headlines for a few days. Many interesting moments are going on in his love life. Recently, he made his 37th birthday on 30 May with co-star Tanuj Virwani. And we are going to tell you that both are romantically linked for a long time. And now Jennifer has finally broken her silence on her dating rumors with Tanuj.

Jennifer Winget said it doesn’t bother me because I know my truth, my family knows my truth, my friends and my fans know the truth, and that’s the only thing that matters to me. And he said that I am a public figure and many opinions about me will be told by people and that is okay. As long as they respect my work and boundaries, then I’m fine. And I think it’s a part of my job. That’s why all this doesn’t bother me.
Both Jennifer and Tanuj were seen together in Ekta Kapoor’s Code M season 2. Let’s talk about how the reconciliation between them grew. Talking about the same, Jennifer said, “Our relationship has grown stronger since Season 1. And it feels great to be around him as he is a storehouse of joy and insanity. There was never a boring moment on the shooting sets.

Read Also: Shibani Dandekar is glad about Farhan Akhtar’s Hollywood debut and said- proud of her husband
During an appearance on a chat show last year, Tanuj was asked about his and Jennifer’s relationship, as well as the video at a press conference. He described Jennifer as his “best friend” and “favorite female co-star”, and he also said that we are not dating. And he called Jennifer Amazing.
“We’re just good friends. And the video you’re asking about was taken randomly on Valentine’s Day. Because we both attended that event together. It’s amazing, and it is. Jennifer is by far my favorite co-star.” He said on Zoom’s By Invite Only.

Read Also: 777 Charlie movie review – A great movie with a wave of sentiments